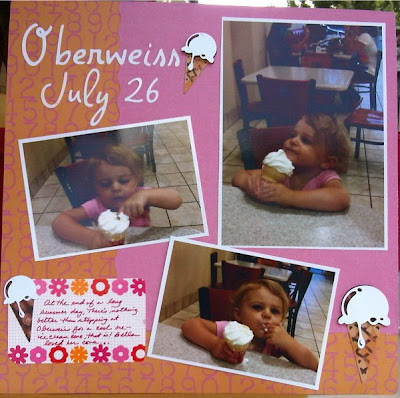 It'sa seems like it's been forever since I scrapped a layout. My photos are sitting in the desktop computer downstairs, but it's sitting by itself pouting. It's working, the monitor is working, but there is no video feed going to the monitor. And the monitor works on another computer, so my son has pulled the video card from its guts (*minor surgery) and we may have to order online for a new one. Meanwhile, most of the photos I want to scrap are stuck in limbo on the desktop and I can't get to them--ugh! So I guess I'll be forced to scrap my older, paper photos (gasp).
These photos were taken with my Blackberry. I like the quality of the photos, altho they're not as sharp as my camera obviously.
Posted by Pat at 4:25 PM