Ring in the New Year by Paying It Forward

I made a New Year's resolution to Pay It Forward by gifting several people with little somethings throughout 2015, people who signed up to do the same for several other people. Because what the world needs now is little daily kindness, coming out of the blue with no warning and given in the spirit of the joy of giving. 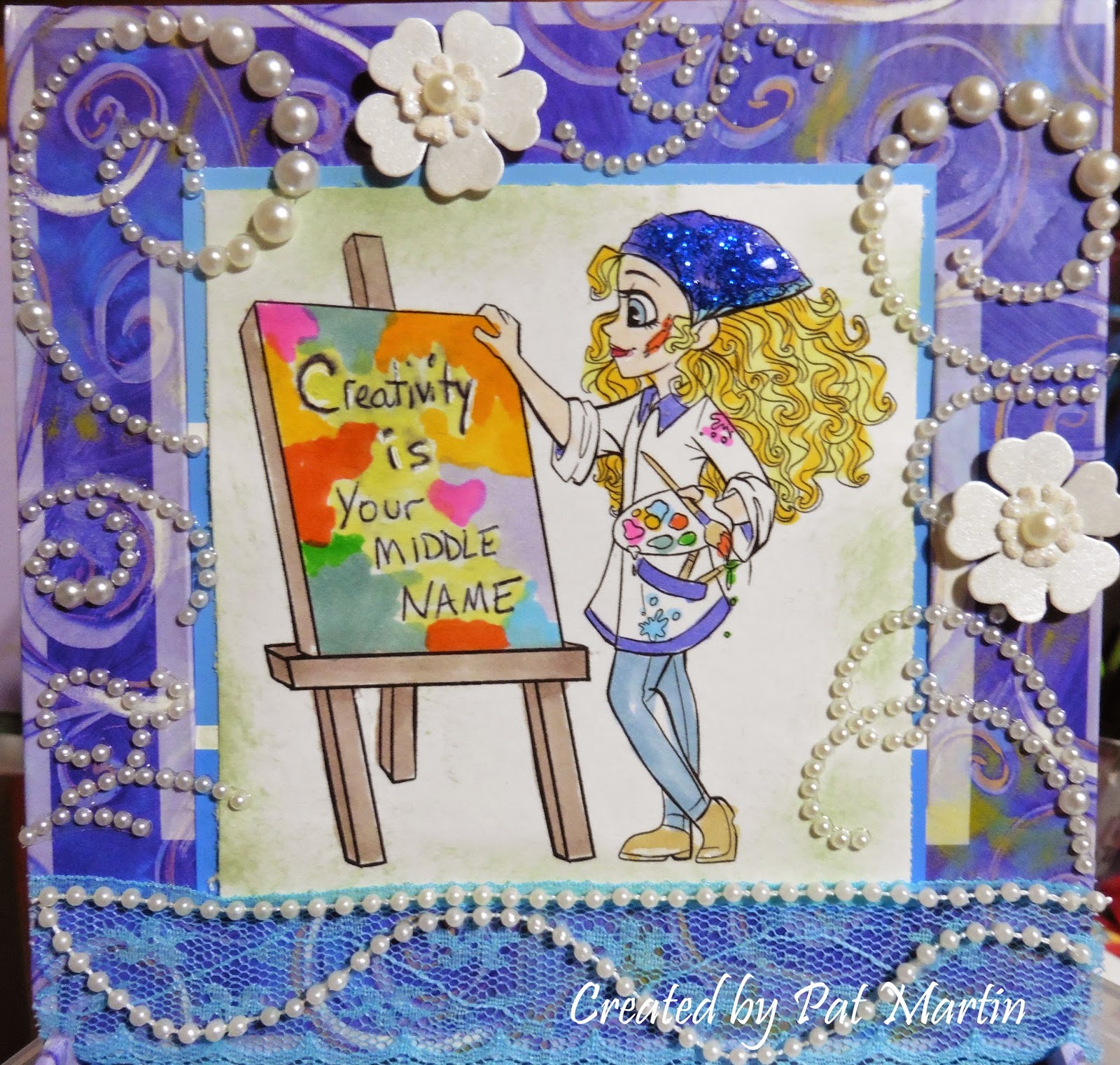 So today I made a gift for my daughter. I'm so proud of her, as she just mailed out a manuscript for a writing contest. Her dream is to become a published writer, eventually supporting herself by her writing. She also dabbles in mixed media, water colors, and art journals. So I created a project to remind her that the apple doesn't fall far from the tree, or, as the front says, Creativity is her middle name.
I used a digi image from Simply Betty Stamps called Artist London. The canvas in the image is blank so that you can write, print or stamp any sentiment you want. After coloring her with Copics, I used Stickles on her bandana. After going a tad crazy with pearl flourishes and flowers, I popped it all on an easel-style note holder. 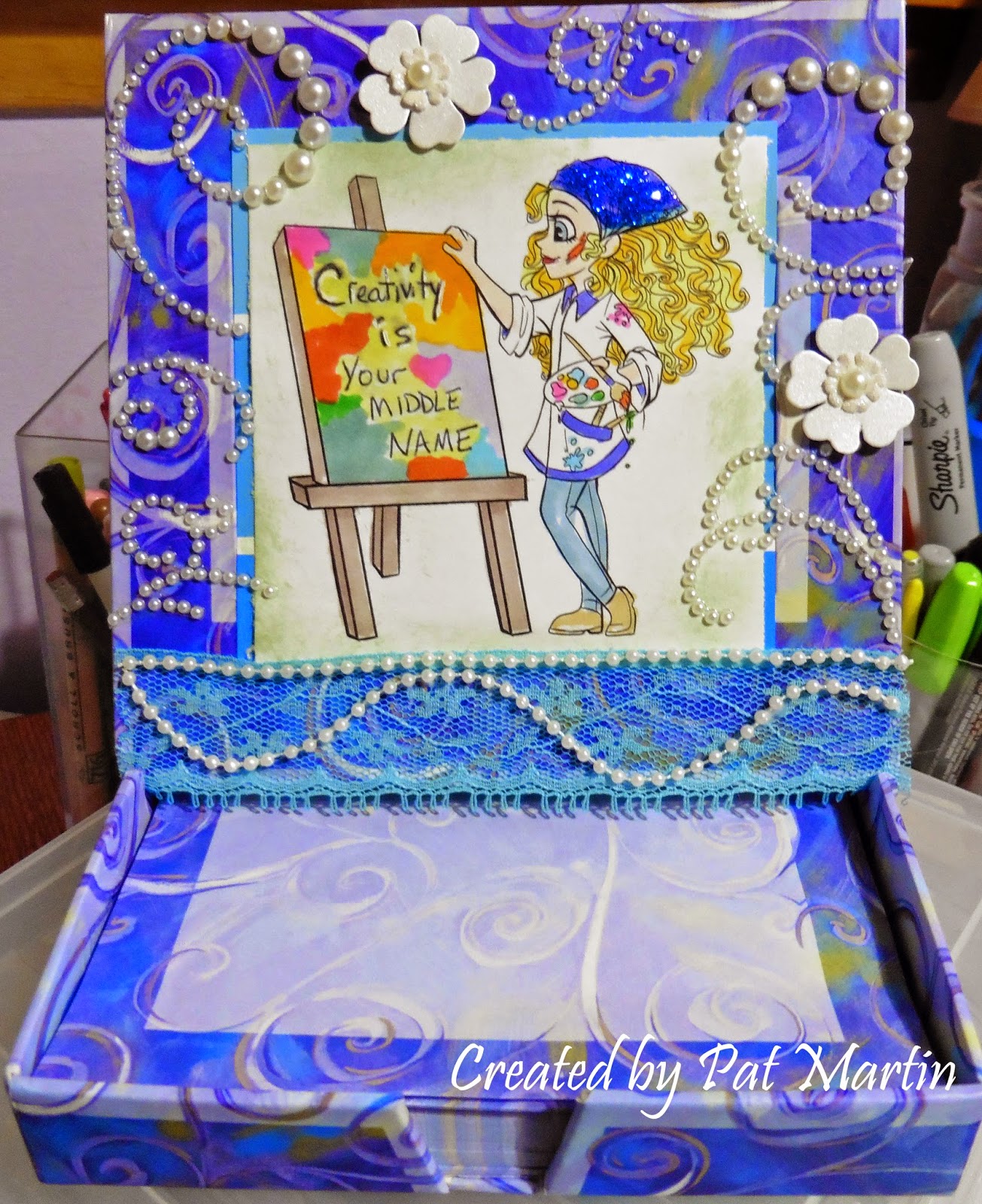 Now my daughter can write down those fabulous ideas in the middle of the night when they come to her, and she can get on with writing the next American Novel!!

Absolutely adorable! I love your card. I like the way you colored the image. The canvas is perfect. The sentiment there is a great idea. Thanks for sharing.
I want you to go by the 12 months of Christmas blog and look at todays post. You are one of the winners. Edwina Brown

Great image and beautifully colored! Thank you for sharing with TTCRD this week and please play again.

Fabulous. Great image and beautifully displayed. Thank you for joining us over at the Scribble and Scrap Challenge. Good luck.
xx